The newly opened portion of the Delaware River Heritage Trail known as the Rt. 130 Bypass Trail extends from Bordentown to Roebling. Crystal Lake Park is the main access point for this regional multi-use paved trail that will follow the Delaware River corridor. Enjoy scenic overlooks of farmland and forest. This is the fourth regional trail segment in what will be a system-wide trail network.  The trail is open dawn to dusk every day of the year. 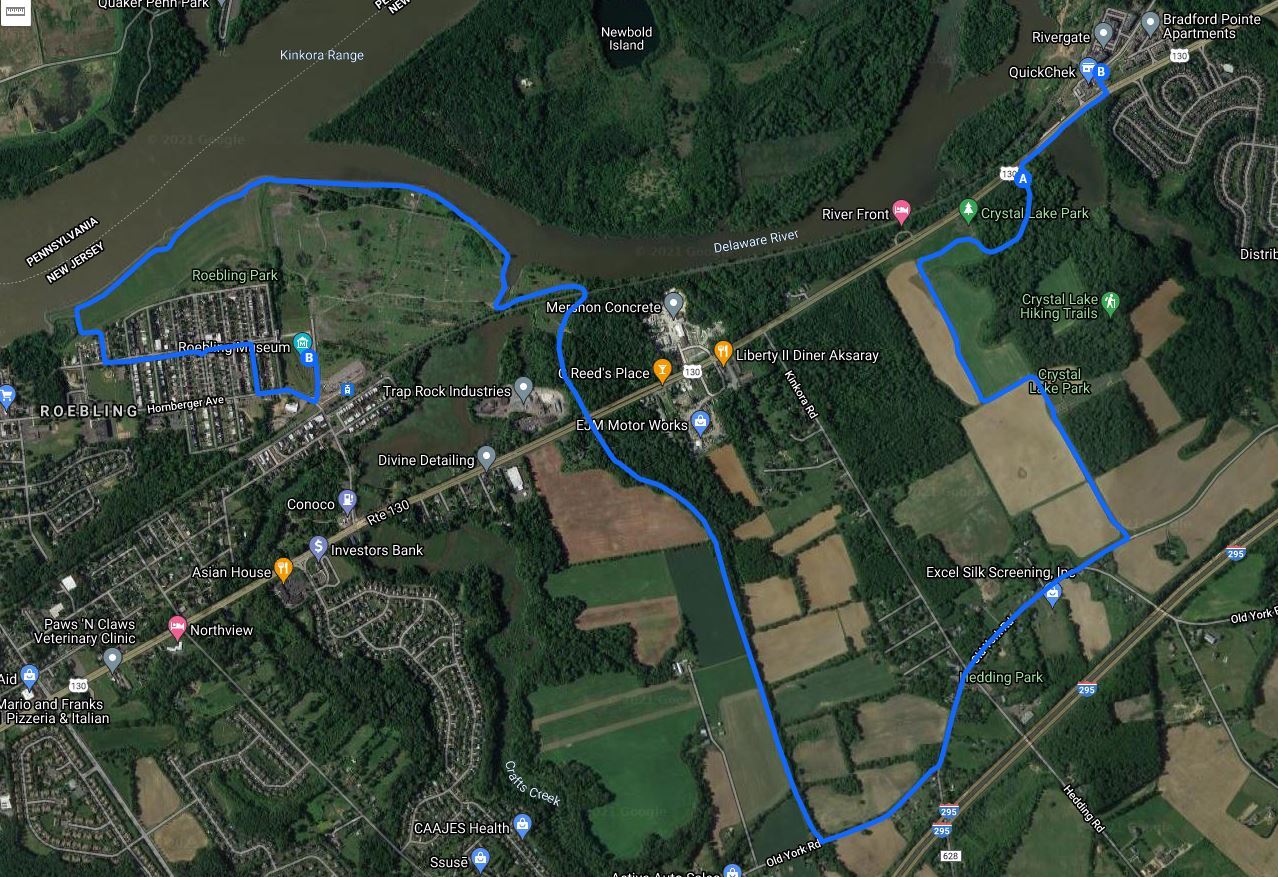 The Rt. 130 Bypass Trail is a total of 5.5 miles, shown as the blue line on the map above. Included within the boundaries of Crystal Lake Park are 1.7 miles of the paved trail.  From the main Crystal Lake parking lot at Axe Factory Rd, it is about 3.5 miles one way to the southern end at Roebling.

The trail passes through the village of Hedding, then along a portion of the historic Kinkora Railroad right-of-way and through a tunnel beneath Route 130, and then across a new signalized railroad crossing over the Light Rail tracks.

The final western portion follows the edge of the Delaware River, passing the former Roebling Steel Mill site, where cables used to build the Golden Gate Bridge and elevators for the Empire State Building were once forged. The trail ends at the Roebling Museum dedicated to the history of the mill and its founder John Roebling.